A friend of mine has been teaching writing techniques for a course.
A closed number, paid course, the kind of course you attend because you’re a writer (and human being) with enough experience to understand various things:
1) that, unluckily, you are not a god of writing incarnate;
2) that you can always learn something more about everything and anything;
3) that professionals in the field are a good source of knowledge about the craft of writing.

And yet, somebody at the course asked:

“What about sex scenes…. I mean… when are they superfluous, and when have they a right to exist?” 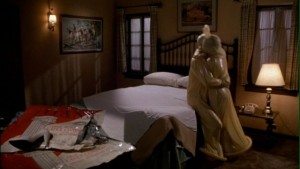 Which is not the kind of question I’d expect from a writer of any experience beyond 15-years-old in full hormonal storm who just happened to pick up a keyboard for the first time in his life to try and write some vague sort of a story.

Because the question about sex scenes and their right to exist should not survive in your reading-and-writing-fueled brain for more than the split second the aforementioned brain needs to think: “Well, obviously, if any scene is in any way functional to the story, it has a right to exist. Otherwise, I cut it!”

Except, nope, the answer didn’t pop up on itself, and the students asked for a future special lesson all about sex scenes.
Because the thing wasn’t already creepy/depressing enough.

What baffles me is that more and more people (aspiring writers but also readers, movie goers and the likes) seem unable to wrap their brains around the idea that there exists an economy of the story.
The idea that, if you want to tell a story you have to put in it only the needed ingredients (no more, no less), seems an alien concept.
Something they maybe will one day understand, when they’ll be old and wizened and Enlightenment will finally strike them on the head with a hammer. 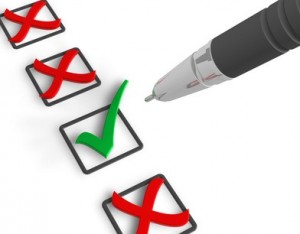 I have this awful feeling that too many people in any audience seem completely unable to process what they read/see, not in the “right” way, and aspiring writers are the worst at that.
They read checking immutable lists of requirements to find the authors’ “errors”, or to rejoice in the idea others fail and are not up to their dogmatic standards.
The aim, on the contrary, should be to understand what you’re reading. To have enough commonsense and “craft-sense” to look behind the most blatant veil (the mere chronological sequence of actions unfolding) and try and glimpse what’s hidden just a little further in: the techniques the author uses, how he uses them, how he hides his tricks while enchanting you with his magic, when and why the hiding doesn’t work (because it happens).

The aim should be to learn something with every book read.
To learn the existence of tricks; to learn that a character needs something moving her to action or inaction, otherwise she’s gonna be just a cardboard figure pasted on the background; to learn what works and what doesn’t; to learn that a whole novel can exist without a single sex scene on display and not lose a single speck of characterization because of that.

We are a really clever species.
We should be able to understand on our own at least some things in the field we’re mostly interested in, even without a teacher pointing us each and every thing and holding our hand the whole time.

And yes, I’m speaking mainly of books and aspiring writers, but tweak it a bit, and the same goes for watching a movie/tv series and then rushing to ask Google for an explanation of what you just saw.